Sing "Yesterday" For Me (イエスタデイをうたって, Yesterday wo Utatte) is a Japanese manga series by Kei Toume. It has been serialized in Shueisha's seinen manga magazine Business Jump in 1997, and it moved to Shueisha's Grand Jump magazine in November 2011 until it ended in June 2015. It was collected in eleven tankōbon volumes in Japan.

Rikuo has graduated from college, but has zero ambition or direction and works in a convenience store. A strange high-school dropout, Haru, keeps coming around with her pet crow. Rikuo still has a crush on his senior Shinako, who is beginning a teaching career, and who shows up in the store one day. Rikuo's relationships with the girls, and his feelings about his life, keep changing as the story evolves, bringing in other important characters—Rikuo's co-worker, the coworker's sister, and a childhood friend of Shinako's, etc. 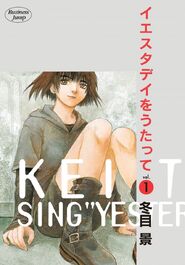 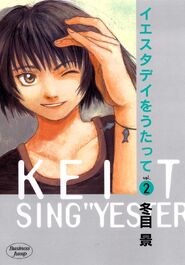 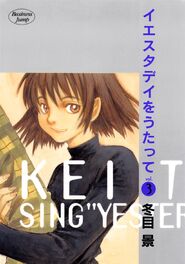 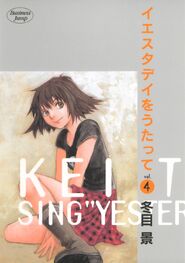 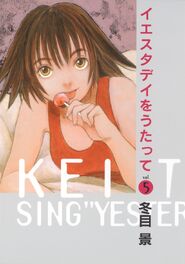 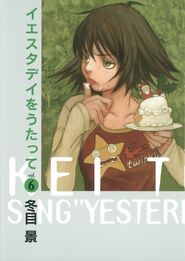 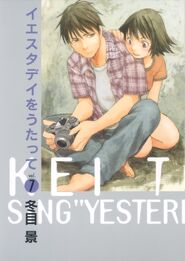 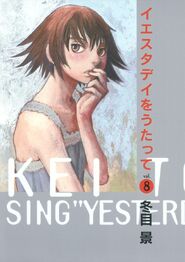 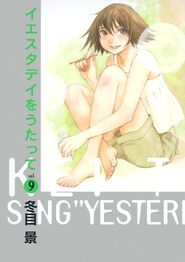 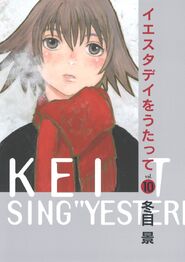 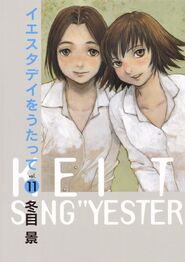 Volume 11
Add a photo to this gallery
Retrieved from "https://singyesterdayforme.fandom.com/wiki/Sing_%22Yesterday%22_For_Me_(manga)?oldid=147"
Community content is available under CC-BY-SA unless otherwise noted.